Back to Projects & News

A Symbol of Community Pride and Effort 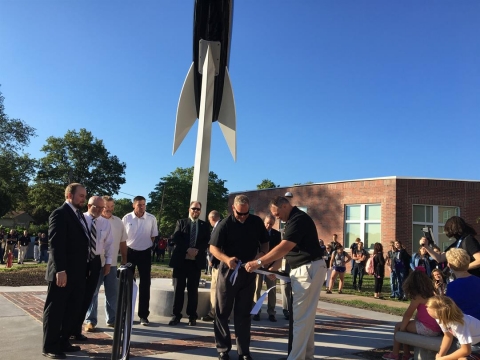 Public art projects are one of the special things that differentiates every city. The best projects are enjoyed by many and become an iconic part of the community, but rarely do they ever become a strong source of pride and togetherness. The Northeast High School Rocket sculpture is the perfect example of this, a community working and coming together to build something that everyone will be proud of for decades to come.

Northeast High School has been the Rockets since 1941 but didn’t have a mascot sculpture for 25 years. In the 1960s, the decommissioned Lincoln Air Force Base donated a Nike Ajax missile, which was mounted on the front lawn. A symbol of modern technology, the rocket was a visual representation of school and community spirit and loyalty for nearly 30 years, before mysteriously disappearing in 1990. For 25 years the school had no sculpture while the other Lincoln high schools all had sculptures and sometimes multiple sculptures.

To commemorate the school’s 75th Anniversary, members of the Lincoln Northeast High School Booster Club embarked on an ambitious campaign to replace the iconic rocket. Working with Principal Kurt Glathar, the “Raise the Rocket” committee, headed by 1991 LNE Alumni Jason Lemon, was formed to achieve this goal. 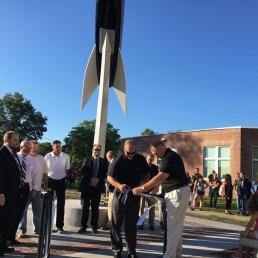 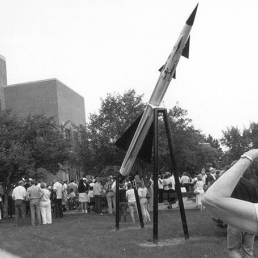 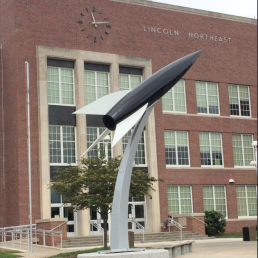 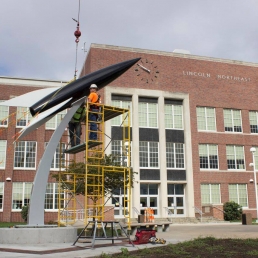 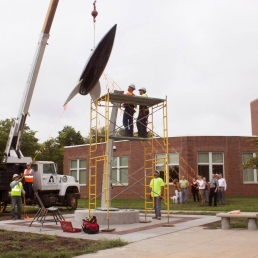 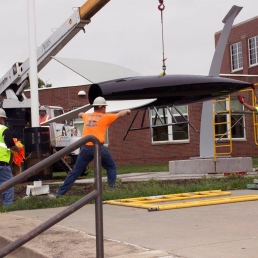 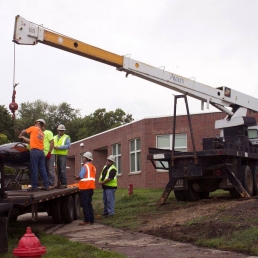 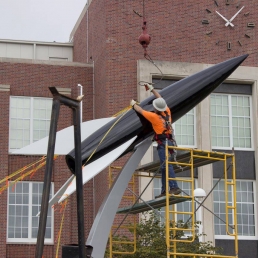 Lemon sold 350 commemorative bricks that now surround the new rocket. He enlisted the help of school alums and area business owners who donated time and talent to help design and build the new symbol. The entire fundraising project took five years. Even with a tremendous amount of donated labor and materials, the rocket still cost $50,000.

Northeast parent/booster Duane Sattler and Todd Rivers of Rivers Metal Products, hand built the rocket. Rivers met with the planning team to brainstorm ideas for the rocket. The final rocket is an impressive 16 feet long, 2,000 lbs, and stands 22 feet at its highest. It’s safe to say that the new rocket won’t be taken by pranksters anytime soon.

The entire community became involved. Ayars & Ayars, Inc. donated the labor in laying the pad, the arch and placing the rocket. Dan Leosing donated the labor and the paint. Mike Eisenbarth, engineer, donated his time designing the base and the supporting structures. U.S. Bank and LPS Foundation helped with donations to help kick off the project.

“Duane led me into their (Rivers Metal) fabrication building to unveil the rocket sculpture,” recalled Northeast Principal Kurt Glather. “ My jaw dropped when I saw the rocket, it was so much bigger and better than I could have imagined. They took our idea and ran with it. It was such a proud moment to then see it installed and the community’s reaction.”

Want an Estimate or More Info?